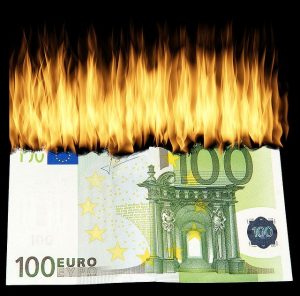 There has been a big increase in the use of prepaid electricity meters in Ireland over the past 2 to 3 years. The idea of prepaying using meters was initially aimed at people on lower incomes who may struggle to budget for large bills. But it seems the use of pre-pay meters is more widespread now.

With a pre-pay meter, you can only use the electricity you have paid for. Therefore, in theory, it is easier to control your usage because you have to keep topping the meter up.

Many landlords also seem to like the idea of pre-pay meters for their rental properties. A prepaid meter means they don’t have any worries about outstanding electricity bills for tenants.

Prepay meters usually end up being more expensive.
Compare Prices for yourself at Switcher

There are 2 companies that specialise in offering only pre-paid electricity in Ireland. They are Prepay Power and Pinergy.
Both companies will install a prepay meter for no upfront fee if you switch to them. But they could end up costing you a lot more overall.

The basic unit rate they charge is 50.98 per kWh – They also add on an annual standing/service charge of €447.  (Prices include VAT)

So that means someone using Pinergy who consumed the average (4200kwh a year) amount of electricity would end up paying  €2587 a year.

For comparison – the same electricity usage would work out at around €2021 over the first 12 months if they switched to the cheapest electricity suppplier in Ireland . That’s a saving of over €500.

Prepay Power charges a €500 service/standing charge annually and their unit rate is 41.54c.
Using the average 4200 kWh in a year with PrePay Power would cost €2245.

Most of the major energy providers will usually try and make customers get prepaid electricity meters installed if they are in large amounts of arrears. This is to help stop the arrears from increasing anymore.  (Installation is free in these cases).
Bord Gáis Energy, Electric Ireland, Energia, Flogas and SSE Airtricity provide free PAYG meters for financial hardship for both electricity and gas.

Most of the electricity suppliers (Electric Ireland, Energia . SSE Airtricity, Bord Gais Energy ) should install a pre-pay electricity meter for any customer that requests it – but there is normally a charge for it if the customer is requesting it . (At least €100) .

The use of prepay meters might encourage people to use less electricity or gas (especially if they keep running out of credit !)   But – in our opinion – for most people ,  it makes more sense to switch to the electricity supplier offering the lowest price deal – and then try and be pro-active about cutting down electricity usage rather than getting a prepaid electric meter installed.

Of course in a rented property, if your landlord has installed a pre-pay meter you may have no choice sadly .

How Does Pre-Payment Electricity Work?

With Prepaid Electricity Meters, payments are not made by putting cash into the meter – but they are usually by the use of a payment card which can be topped up at many shops or over the phone with debit cards or credit cards.

The Prepaid Electricity Meters usually allow some emergency supply to continue even if the credit runs out.

Latest news on the Government Electricity Credit for Prepay Customers.

One thought on “Prepaid Electricity Meters”