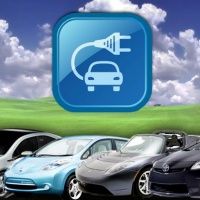 How Many Electric Vehicles are there in Ireland?

According to the SEAI, at the end of October 2022 – there were “over 67,000” electric vehicles, including plug-in hybrids, on the road in Ireland.

Hybrid, electric and plug-in hybrid cars accounted for 41% of the market in 2022.

The government currently has a target that there will be 945,000 electric vehicles on Irish roads by 2030 with 845,000 of these being private passenger cars . This includes battery EVs and plug-in hybrid EVs but not Petrol/Diesel hybrids) . This will be equivalent to one-third of the 2.8 million vehicles that are currently on the road in Ireland.
Ireland has also set itself the target of ending the sale of cars powered just by fossil fuels by 2030.

The Climate Action Plan (June 2019) proposes more incentives for people willing to transfer to Electric Vehicles, including a possible car-scrappage scheme to replace the current EV grants. The action plan aims to have a charging network capable of catering for 800,000 EVs in place by 2030.

Most Popular Electric Cars in Ireland 2022

The popularity of Electric vehicles in Ireland is growing – but maybe not as fast as the government hopes. This could be because people are concerned about limits on driving distances, the initial purchase cost and the perceived inconvenience  (and potential cost) of charging the battery.
The availability of reliable, working charging stations for longer journeys is also an issue.

Here are some facts and figures about electric cars.

Only new vehicles bought from an approved dealer can qualify for the grants. There are about 110 approved dealers and they handle the grant applications and deduct the grant from the price of the car.
Grants are not payable on cars priced at over €60,000.

There is also a €600 grant available to help cover the purchase and installation of home charger systems. (You don’t have to own an electric car to qualify for this grant.) More information here about the Cost of Home Charging Points

How Far Can an Electric Car Travel?

Some models of electric cars can travel around 500km on a full charge. Teslas have the longest range – as high as 650km. The typical range of most new electric cars is from 250km to 350km.

Nissan says that their Leaf , fully electric car, can travel 250km with a fully charged 30 kWh battery and 378km with the latest 40 kWh battery.


An example of a round trip of around 250km would be to Dublin City Centre from Wexford or Athlone and back.

Prices of Electric Cars in Ireland

Electric cars are often assumed to cost a lot more than “normal” cars.
Compared to conventionally powered cars, the price of a new electric car can be anything from 15% to 50% higher. But with the government grant – the prices can compare quite well.
The cheapest electric cars are priced from around €26,000 (after the grant).

Comparison of Some Electric Car Prices in Ireland

Prices from Jan 2023 AND they include €5,000 SEAI Grant for Private Customers & any Government VRT Relief.
Please note that there may be price variations due to delivery charges.

You might be able to save some money by purchasing a second-hand electric car in the UK.  Especially if it was made in the UK – because there will be no import duty.
For some tips on the best way to pay – see or page about Buying a Car in The UK

Do Electric Cars Really Save You Money?

Swapping to a night rate tariff or a smart tariff ,means that you will pay less at night time but more for your daytime electricity usage and sometimes a higher standing charge.
More here about Night Saver Electricity Charges

The Motor Tax on a Battery Electric Vehicle in Ireland is the lowest rate possible which is €120 a year.

A big difference between traditional and electric cars is that electric cars don’t need as much servicing as traditional cars.  There are much fewer moving parts, no oil or filters, no clutch, timing belt etc.
A service for a Nissan Leaf should cost about €120 – a petrol equivalent could cost from around €199 .

Benefit in Kind on Electric Cars

There is an exemption on benefit in kind (BIK) with company electric cars.
The Dept of Finance announced the phasing out of this 0% Benefit-in-kind on Electric Vehicles over the next 4 years .
Prior to 2023 the BIK on fully electric vehicles was 0% on an OMV (Original Market Value) up to €50,000, after €50,000 the 30% rate of Benefit in Kind applied.

ESB has developed an island of Ireland-wide charging infrastructure of 1,200 public charge points. (about 900 of these are in the Republic). ESB  state that fast charge points are located every 50km on all major inter-urban routes.  But the problem can be that some of them are out of order. electric car owners have to register and get a card to use the chargers. (Here)  .

At the ESB public charging points, the majority will currently charge at 22kW, taking around four hours to fully charge a typical car.
Over 70 of the ESB charging points use 43kW ‘fast charging’ which can charge most batteries to 80% in around 30 minutes. Not all EVs can avail of rapid charging but can still use rapid chargers at a slower charging rate.

Charging at all ESB public points was FREE , but some fees were introduced in 2019 .

Details of the Cost of Electric Vehicle Charging in Ireland Here

You can find a map of all the ESB charge points here.

Electric cars are not really “zero-emission” – but they are more environmentally friendly than petrol or diesel cars and will become more so as the generation of electricity from renewable sources increases to the government target of 40%.

Although fully electric cars are classed as producing zero carbon emissions, some of the electricity they use may have been generated by burning gas or coal.
An increasing proportion of electricity in Ireland is generated from renewable sources such as wind and solar . According to a recent analysis from EirGrid, renewable generation accounted for 43% of Irish electricity consumption in 2020.

Since July 2018 there is now a discount scheme for electric vehicles with as much as 75% off toll tag charges on the M50 for example.  This could be worth up to €500 a year for daily M50 users. More about the electric car toll discount scheme here