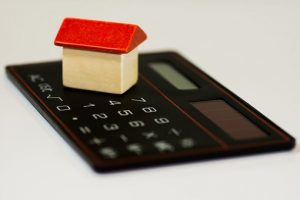 Currently, there are 12 different residential electricity suppliers. As a result, it can be difficult to find out who has the Cheapest Electricity Prices in Ireland. The supplier who has the lowest rate per Kwh may not work out as the cheapest overall when standing charges and promotional offers are included
Our price comparison shows that bill reductions of as much as €352 can be made in just one year by switching to the cheapest deal.

The figures shown in our electricity price comparison are based on a household electricity usage of 4200 kWh per year. This would be typical of a 3 or 4 bedroomed household with  3 or 4 occupants.

We have compared electricity charges over the first 12 months with those of a household currently paying Electric Ireland’s standard rates (€1098).

Who Has the Cheapest Electricity in Ireland ?

Energia has the lowest priced Electricity deal for switchers. For average usage, their deal works out at €785 in year one, including €30 cashback.
You can get this offer using promo code ELECTJUNE on the Energia Website

If you are already with Energia – then the next cheapest electricity deal is available from BE Energy. The BE deal works out at t€788 in year one.

Note – This Electricity Price Comparison is based on the kWh rate for the Residential 24 Hour Urban Tariff. Prices are rounded to the nearest Euro and include  VAT, Standing Charges and increased PSO Levy and any cashback offers.
Prices shown above are usually for new customers only.

It’s important to stress that even if you have previously switched – you could save even more by switching again. After a year on a discounted rate – the energy suppliers will usually put you on their standard rates. For example :

You can see an electricity price comparison for rural tariffs here.

If you were on a prepay electricity meter with Prepay Power the average usage cost would be €1261 for the first year. With Pinergy it would be €1247.
Energia works out over €450 cheaper !

If you are not an average user of electricity – see some more comparison figures for electricity prices here.

Even if you switched electricity supplier more than a year ago – it is worth your while switching again.  You should treat energy supply like insurance and shop around and look for the cheapest deal once a year. Loyalty does not pay.

The main energy price comparison sites sometimes don’t automatically include cashback offers in their calculations. The figures in the table above do include all cashback offers.

The central message is that you can easily save around €300 to €350 in one year by changing provider, even if you have previously switched electricity supplier.

Most suppliers will sign you up for a 12-month contract. You will usually be charged an exit fee of around €50 if you leave early.
Our advice is to compare electricity prices after the contract is up and switch again to the supplier with the cheapest electricity prices in Ireland. Sometimes paying the exit fee could be worth it if a new supplier is offering a very good deal.

Finally, if you are interested in other ways of reducing household bills – you should check the following articles.

Bank of Ireland Fees from November 2020

All Welfare Payments To Be Paid Weekly Again.