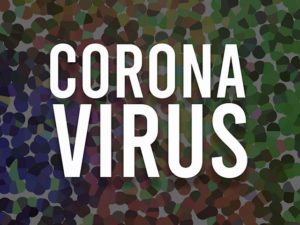 The cost of Covid-19 in Ireland – just in terms of unemployment support – is looking like it going to work out at around €1 Billion Euro every 3 weeks.

The rate of unemployment in Ireland was running at around 4.5% in the last quarter of 2019. This was the lowest it had been since 2005 .

At the height of the financial crisis, unemployment reached a high of 15.9% in Ireland in the first two quarters of 2012.

According to the Dept. there are also 212,000 people on the Live Unemployment Register.

On top of this – just over 46,000 employers have registered for the Covid-19 Wage Subsidy scheme. Revenue said on April 29th that 427,000 workers were benefiting from the scheme.

That is a total of 1.2 MILLION workers now getting assistance from the state. (An increase of a Million.) That is about 48% of the workforce.

Even if we ignore those getting wage subsidy – that still leaves 800,000 getting Covid-19 Unemployment Payment or Jobseekers. That is 32% of the workforce. (Total workforce 2,471,000)

An estimated grand total of €357 million a week

Of course, there are also extra costs – such as the loss of income tax revenue from the workers that are no longer earning. We haven’t attempted to calculate that. (Many of the workers affected may be on the minimum wage and they pay a small amount of tax.)

Can Ireland Afford It?

It seems that the estimated overall cost of the Covid 19 crisis in Ireland will be very high perhaps up to €30 billion or almost 10% of GDP.
According to PublicPolicy.ie -the costs of the additional borrowing necessitated by the crisis are affordable. Thay say that refinancing some of Ireland’s existing debt at lower interest rates would save enough in interest payments to pay for an extra €30 billion of borrowing.