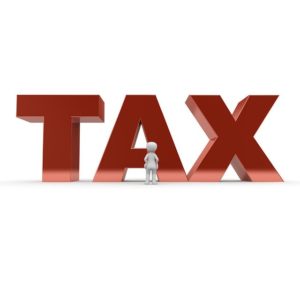 In Ireland, the government charge a tax on the interest you receive on savings accounts in Ireland.
This tax is known as Deposit Interest Retention Tax or DIRT for short.

It has been this rate Since January 1st 2020

Banks deduct DIRT automatically from the interest paid on all deposit accounts held by Irish-residents.
Most State Savings accounts are free from DIRT .

See our page on the Best Interest Rates on Savings to find out more.

The exit tax on investments such as equity funds and ETF’s remains at a higher rate of 41% and shows no sign of being changed.

Taxation of Shares in Ireland

Profits from the sale of shares are not subject to DIRT.
Instead – gains on shares are subject to 33% Capital Gains Tax (CGT).
But – the first €1,270 of taxable gains in a tax year are exempt from CGT .

More information about CGT on Shares in Ireland

More about How and Where to Buy Shares in Ireland

Taxation of Cryptocurrency in Ireland

Rate History of Tax on Savings Interest in Ireland

Back in 2002 the rate of DIRT was just 20%. The government increased DIRT over the following years up to 41% in an attempt to try and encourage people to spend rather than save money.
As part of Budget 2017 ,the first reduction in DIRT since it was introduced was announced. (From Jan 1st 2017 it was 39%.)

You can receive interest without paying DIRT if you, your spouse or civil partner are:

If you earn interest of more than €5000 in a year – then you could be also liable for 4% PRSI . This would have to be declared and paid to Revenue – it is not deducted by the banks. More details on PRSI here