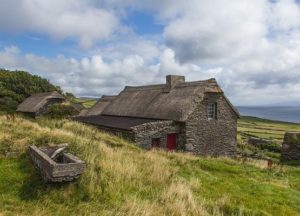 All the electricity providers in Ireland have higher standing charges for rural households compared to urban ones.
Urban or rural charging is determined by the location of your property and is assigned by ESB Networks.

You can check if you are on a rural or urban residential standing charge by looking at the top right-hand corner of your electricity bill. You will see either DG1 or DG2 just underneath the MPRN.
DG1 indicates you are classed as an urban customer.
DG2 means you are classed as a rural customer.

How much extra are Rural households charged for Electricity ?

We did a comparison in April 2020 of the annual electricity charges for average usage (4200 kwh).

On average – in our survey- a rural household will be charged €43.37 more a year for the same amount of electricity compared to a household in an urban area.
The differences ranged from €34 to €51 a year. You can see the figures in the table below. (Prices include VAT)
Each electricity supplier will charge the same unit rates (kwh) for rural and urban homes – it is just the standing charge that is higher for rural homes.

In our main comparison of electricity charges – we use the urban rates.

Comparison of annual electricity prices for average usage on the Rural tariff.
These prices are for new customers - so existing customers will probably be paying more.

The next best deal available is to switch to Energia ( €839 for average usage in year one). The Energia deal is only available on the Energia website with promo code CHEAPESTFUEL. (Cashback €20 included) Covid-19 Death Rates in Ireland Compared With Other Countries.

Best Way to Transfer Money Between UK and Ireland.