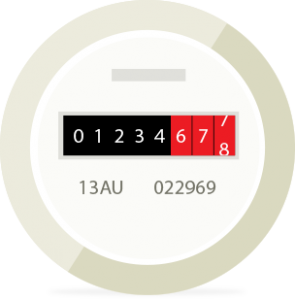 In an Irish Water usage survey in 2014 – it was found that 1% of the 1650  houses surveyed were using 20% of the water used by all the houses in the survey.  If the figures from that survey were replicated nationally – that could mean as many as 12,000 homes leaking  10 million litres a day between them.

In a 2014 pilot scheme  – it was found that  63% of leaks identified occurred within the Dwelling and  37% of leaks were on the External Supply Pipe . It is estimated that about 77,000 homes could have leaks – with about 23,000 of those being external leaks outside the property.

The  First Fix Free scheme was set up in 2015 and was available only to to domestic, metered customers who had registered with Irish Water and whose property had a water meter and a working and accessible inside stop valve.
By 2021 , more than 87,000 investigations and 60,400 leak repairs had been completed.

Leaks qualifying for “first fix free”  will have to be on the supply pipe between the property boundary and the actual dwelling.   Any leaks in or under the dwelling will not be covered.

From 19th April 2021 – more properties are eligible for the First Fix Scheme:

Customers will be notified by Irish Water where their meter indicates a potential leak.  Only larger leaks will be highlighted by Irish Water  (over 6l an hour for 48 hours or more). So that means as much as 53000 litres a year could be leaking and the householder won’t know.
However , unmetered domestic properties may self-report customer-side leaks – Call Irish Water on 1850 278 278

Householders will be first asked to carry out checks for internal leaks – the most common of which are faulty toilet cisterns that leak water into the toilet. Call Irish Water on 1850 278 278

If no internal leak is obvious then an an engineer from Irish Water will need to  carry  out an investigation at the property to identify the source and location of the leak (using a ground microphone and pulse wave generator) .  If this establishes that the leak is external to the property and it can be located, Irish Water will offer a leak repair.

Leaks qualifying for “first fix free”  will have to be on the supply pipe between the  property boundary and the actual dwelling.   Any leaks in or under the dwelling  will not be covered.

Irish Water will repair all leaks (even where multiple leaks are found on a single supply pipe
for a single customer) and in some cases carry out pipe replacements.