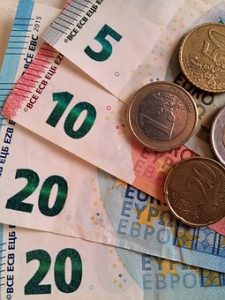 What is happening with Water Charges in 2023 ?

The earliest any household will get a bill from Irish Water is October 2023.

History of the Water Charges

Although ongoing domestic charges for “normal” use of water have stopped –  any household using  amounts of water over a specified threshold will be charged for water usage that exceeds that threshold. * See below for the threshold figures

The monitoring of people’s usage under the new charging regime began on Jan 1st 2018. (Of course – only homes with water meters can be monitored).

Will Bills for Excess Usage of Water be issued in 2023 ?

Irish Water has stated that they will not issue bills for Water Services provided to a Dwelling above the Annual Allowance before 1st October 2023, and these bills will cover a 12-month period commencing in Q3 2022 at the earliest.

How Much Is the Excess Water Threshold  Figure ?

The water threshold figure was set in legislation in December 2017.

Household water usage figures from the CER,  show that the average water usage for a four-person household in Ireland is 125,000  litres a year  – so the threshold is 1.7 times that.

Based on CER figures – it is estimated that about 7% of metered households will exceed this 213,000 litre threshold and could , therefore, expect to be asked to pay water charges for usage above the threshold.

It should be pretty difficult for households of less than 3 people to exceed this threshold – unless they are watering a large garden all the time or all bathing a couple of times a day!

To reach the threshold of 213,000 litres a year  – a household of 3 or more people would probably need to be making daily use of a washing machine, having daily baths or daily use of a power shower and making regular use of a hosepipe or sprinkler and frequent use of water throughout the day. (Or have a leak)

There will be extra water allowances that can be claimed for households with 5 or more people. This extra allowance will be given for each person over and above 4 people. This allowance is 25,000 litres a year per person.

(A person is any adult or child)

The extra allowances will not be automatic – households will need to “claim” it,  but only when they are warned that they are exceeding the basic threshold. (Proof may be required of the number of occupants.)

How Much Will The Irish Water Charges Be in 2023?

The government says that homes will still continue to be metered and meters will still be read at least every quarter so that any home using excessive amounts of water can be identified.

It is not clear how unmetered homes can be charged for any excessive use – because their usage will just not be known. But if an unmetered property is suspected of excessive use – a meter will be installed. If this is not possible then a flow monitoring device will be fitted. If excess usage is found- then they will be charged €500 a year.

Irish Water connection charges are €3929 for a single domestic house.
This covers connection pipes of up 10 metres from the mains.

If the length of the connection pipe is between 10m and 15m – there is an extra charge of €358 per metre.
Anything over that requires a quote from Irish Water.