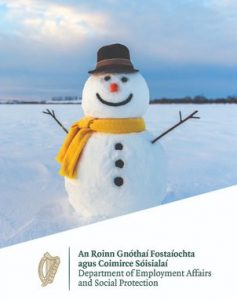 Arrears of Pandemic Unemployment Payment are Expected To Be Paid to Majority of Claimants in early December.

Since the start of the Pandemic Unemployment Payment in March, no one has been paid any arrears. If a claim was delayed in getting paid – then no backdating was included with the first payment for anyone.
But – it looks like Social Welfare might finally be sorting sort out the payment of the PUP arrears – but not for everyone.

On November 25th , a Social Welfare official said in a reply to a Dail committee that they ..

“hope next week that the majority of cases will be paid. There will be a small minority which we will have to do manually. These will follow. ”

The official also stated, “I appreciate that Christmas is coming, and our intention is that the vast majority will be paid on Tuesday next.”

We take this to mean Tue Dec 1st. However – a contact in Social Welfare has told us that the arrears payments will be made separately to the normal Tuesday PUP payment.

There will be some people who may not get their arrears his week, especially where there have been gaps in claims. This will be because further checks might need to be made on possible overlaps with the wage subsidy scheme or overlapping wages. They also need to check possible overlapping claims for other schemes, such as jobseekers and illness benefit. You can request a statement of arrears HERE .

The good news for many people is that the payment of PUP arrears will be followed by the PUP Christmas Bonus on Dec 8th – which should be paid to thousands of PUP claimants. (But not all).

An Example of PUP Arrears Calculation

A normal weekly PUP payment is paid on a Tuesday and covers the 7 days from the previous Thursday back to the Friday the week before that.

They should be paying the arrears at the rate of PUP that was valid at the time of the claim , regardlesss of the rate you may be on now.

27 thoughts on “Payment of PUP Arrears”