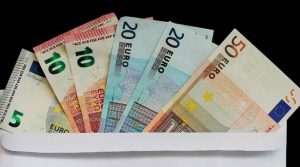 Normally a minimum wage rise would take place from January 1st – but the Government decided to delay the date of implementation because of fears of a “no -deal” Brexit and the effect on the economy.

Read About The Minimum Wage in Ireland from January 1st 2022.

From February 1st 2020 – these are the new minimum wage rates.

For someone working 39 hours a week getting the 2020 minimum wage of €10.10 an hour they will have annual deductions as listed below…

Details of the Minimum Wage in 2019 Here