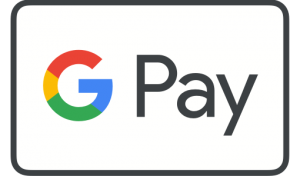 Google Pay  (formerly Android Pay) is a method of paying for things using an Android phone or tablet.

Similar to Apple Pay – it is a digital wallet where you can store your bank card details on your phone then use the phone to pay contactlessly or in-app rather than using the card itself.

In shops, you just hold the activated phone over a contactless reader and wait for the green tick to confirm the payment has been made. The money comes out of the same bank account as if you used the physical card.

N26 is a fully licensed online bank
Revolut is an electronic payment institution. . More about N26 and Revolut  here.

Google Pay requires a phone that supports  NFC (near-field-communication)  and has Android 4.4 KitKat software or higher. To use Google Pay properly you’ll need to have a lock screen in place on your phone. This means anyone trying to access the device is going to have to enter a PIN, facial scan or fingerprint scan to be able to access your phone and GooglePay.

If you have a card that is Google Pay compatible – you can just you add your credit, debit, or prepaid card to your Google Wallet on your device.

The charges for using your bank card through Google Pay will be the same as if you used the card itself contactlessly.

For contactless payments in stores, there is currently no charge by most of the Irish banks using Google Pay. But Ulster and Bank of Ireland both charge 1 cent for each contactless transaction.

If you use Google Pay  “in App” to pay for something online – then your bank will also apply their normal card usage charge (some don’t charge) .