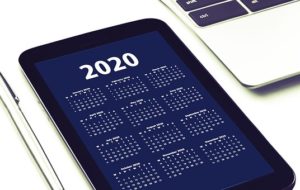 The Property Tax was introduced back in 2013 and is currently charged at 0.18%  on houses valued up to €1 million – grouped in a number of bands . It is charged at 0.25 % on any valuation amount over €1 million.
See the current Property Tax rates here.

The valuation bands and rates were set up in 2013 and were supposed to be revalued in 2016. This revaluation was postponed by FG until November 2019. Today we learn that this has now been extended to Nov 2020 . This is mainly due to worries about voter reaction in the next election.
This will mean LPT bills won’t increase until March 2021

About €482 million was collected in Property Tax in 2018. If the current system remained the same – it is estimated that would increase to €729 million based on property price increases.

It is expected that the LPT will be reformed to stop some of these large increases. This could be based on a model of band widening combined with LPT rate reductions.

The government say that there will be further consultation to identify how  to maintain relative stability for all taxpayers in their LPT bills and to make any increases “modest and affordable”.