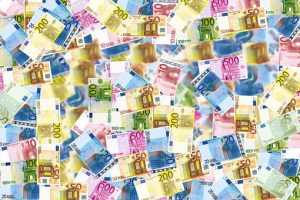 It will be announced later today as part of the July Stimulus Package that the Pandemic Unemployment Payment (PUP) will be extended until the end of March 2021.

The weekly amount will be reduced from September 17th 2020 .

The new PUP top rate of €350 will be reduced to €300 from Sept 17th . This amount will only be paid to those who were earning more than €300 per week before the pandemic.

Claimants who earned less than €200 per week prior to the pandemic are currently on PUP of €203 a week . This will remain at €203.

Those who earned between €200-€300 a week pre-pandemic will move from the €250 Pandemic Unemployment Payment rate to Jobseekers’ Benefit of €203.

Finally, from 1 April 2021, all remaining PUP claimants will be told to apply for Jobseekers’ Allowance. The PUP scheme will be closed.

Also announced today – the Temporary Wage Subsidy Scheme will be replaced by a new Employment Wage Support Scheme in September. This scheme will also run until the end of March 2021.

The Employment Wage Support Scheme will pay businesses, whose turnover has fallen below 30pc, a subsidy of €205 per month per employee.

Back to Education Allowance:

Access to the BTEA scheme is being extended to PUP recipients.