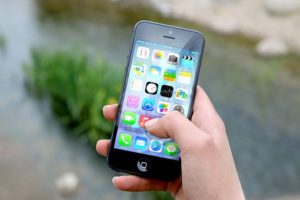 At long last, after many years, Comreg has done something about 1890 and 1850 numbers.
Snce December 1st 2019, you don’t need to worry about extra charges when calling any phone numbers with the following  prefixes.

We wrote previously about the charges for calls to numbers with these prefixes: –   see Cost of calls to 1890 numbers

Summary of the Changes to Call Charges

3. IF calls to Geographic Numbers (landlines)  are included in a user’s bundle of ‘call minutes’ then calls to these NGNs will also be included in their bundle.

The numbers prefixed ‘1850’, ‘1890’, ‘0818’, and ‘076’are classed as “Non-Geographic Numbers” (NGNs).
They were originally introduced when all we had was Eircom landlines. These numbers were used in order to try and reduce the cost of calls for people outside Dublin contacting places such as government departments or ESB etc. in Dublin.

The issue was that many people now have telephone plans or bundles with inclusive call minutes – but the vast majority of phone providers did not include these NGN calls in the bundles.
This resulted in consumers, who thought they hade paid for unlimited calls, getting unexpected extra call charges when they rang these “lo-call” numbers.
When the 1890 numbers were used for busy call centres such as Revenue, Water Charges, NCT or Property Tax – the call costs could soon mount up while you are connected and wait to speak to someone.

There was also confusion about exactly how much the charges were for calling these Non-Geographic Numbers – with some people thinking they were free and many others thought they were more expensive than normal calls.

In a survey last year about 1850 and 1890 numbers, 41% of respondents stated that they believed that organisations can make money from customers dialling those numbers. (They don’t).

We have written previously about the potential high charges for calls to numbers with these prefixes: –

Charges for calls to 1850 numbers

How much to Call 076 Numbers

ComReg is the statutory body responsible for the regulation of the electronic communications sector in Ireland (telecommunications, radio communications, broadcasting transmission and premium rate services) and the postal sector.

How Much Cheaper is Electricity With a Night Saver Meter?