There are so many different mobile plans and deals around it can get very confusing and as a result, many people tend to stay with their existing network because they just can’t be bothered to change.

If you are using a Pay as You Go mobile phone – it can be very easy to lose track of spending and get through €40 or more a month in top-ups.
With Billpay –  some of the cheaper bill pay mobile phone contracts only have 100 or 200 “inclusive” call minutes –  which can be easily exceeded and you can end up with a bigger bill than you expected at the end of every month.

Going over your inclusive minutes on a bill pay plan will typically cost you €10.50 for every extra 30 minutes of calls you make. (based on a typical charge of 35c per min).

One way to prevent unexpected large bills for mobile charges is to try and get a package that offers unlimited calls, data and texts. Then you will never be worried about going over any limits. These days you don’t have to sign up for really long contracts to get unlimited calls/texts.

It’s easier to compare SIM-only plans rather than mobile plans that include the purchase of a phone. When a phone is included in the deal –  the monthly charge will vary depending on the up-front amount paid for the phone, the length of the contract and the type of phone.

Most mobile networks in Ireland now offer bill pay SIM-only 30-day plans. You just put the new SIM in your existing unlocked mobile phone. You can usually keep your old number to make the change easier.  You will need to set up monthly payments by direct debit.

We have done a comparison of some of the best unlimited bill pay SIM-only 30-day contracts.
The recently launched GoMo (owned by Eir) undercuts all the other SIM-only deals. The offer of €9.99 is due to end on Jan 14th 2020.

You can see that the definition of unlimited varies quite a bit – and is not really unlimited with any provider. However –  ten thousand minutes a month is about 5 and a half hours a day – so if anyone thinks they need more than that –  then maybe they should get out more!

Virgin  (*)     have a special offer of the first month FREE

You can see details and prices of some of the other  SIM-only deals over on Switcher.ie 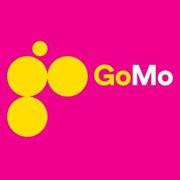