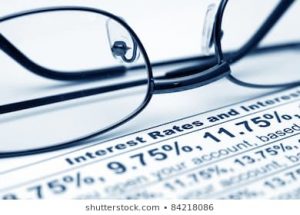 Below we give some details of the Bank overdraft charges in Ireland made by the main banks.

Charges for Setting up an Overdraft Facility

Most banks will charge an annual fee for putting an agreed overdraft.  The charge for this can range from

The Banks have interest surcharges for un-authorised overdrafts – these can be as much as an extra 12% – bringing the total interest rate up to a fairly massive 27% in the case of PTSB. This is the highest overdraft interest rate of all the Irish banks.

Other Charges when Overdrawn.

The banks also charge “referral fees” when a payment coming from your account exceeds the available funds at that time. These will usually work out a lot more than any interest charges.

Standing Orders are treated separately. When there is not enough money in your account to cover a standing order the banks will charge a fee.

All the fees mentioned above are for Personal accounts (Not Business accounts).

Overdrafts are best avoided if at all possible as they are an expensive way of borrowing money – especially if you go overdrawn without a formal agreement. You would pay lower rates on some credit cards.

Instead of an overdraft, it would even be worth considering a personal loan. See the lowest rates for personal loans.

Monese in Ireland -a Summary.