Grants for solar panels of up to €3800 are available in Ireland. The grant is to help towards the cost of buying and installing solar photovoltaic (PV) systems and battery energy storage systems. This pilot grant scheme  will run until the end of 2020 .

A solar PV system consists of solar panels mounted on the roof of your house which generate electricity .  You can also add a battery storage system to store any excess energy generated for use when the sun isn’t shining.
A 1kWp solar PV system would require 3 or 4 solar panels on your roof. The generated electricity feeds any electrical loads in your home, and any excess can be stored in a battery.

Note: This grant scheme does not cover solar panels that just produce hot water. There are grants of up to €1200 for that.

Only solar PV systems installed on or after 31 July 2018 are eligible for the grant, and any grants will not be paid until after October 2018. 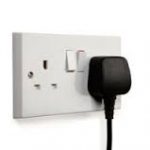 On average such a PV system should save about €200 a year in household electricity charges – giving a payback time of 9 years .   Of course, if electricity prices go up (which they will) – the payback time will be shorter.

Tip: Another quicker and easier option to cut your electricity bills is to switch supplier. See our page on the Cheapest Electricity Deals to see how average users could cut bills by around €200 in one year.

Your home must have been built in 2010 or earlier.
You must use a registered contractor from the SEAI’s Renewable Installers Register for Solar PV.
Grants are paid after the work is completed.

You can apply here