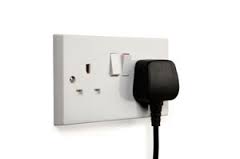 The electricity switching market in Ireland is very competitive,  with suppliers regularly doing special offers, discount codes or other promotions such as cashback. Many thousands of people in Ireland have never switched electricity supplier  – (about 36% of all households).

By comparing electricity prices and switching to the cheapest deal, those households could save, on average, €273  in just 12 months on electricity bills.

Electric Ireland  (formerly ESB)  used to be the only domestic Electricity provider in Ireland – but since deregulation in 2011 , thousands of households have switched to other suppliers such as  Energia , BE Energy . SSE Airtricity , Panda or Bord Gais Energy in order to get cheaper electricity prices.

Who has the Best Electricity Deal in Ireland in June 2020 ?

We carried out a comparison of Electricity prices in Ireland for new customers at the start of June 2020 and this is what we found:

Electricity usage will be higher in larger homes with 4 or more occupants –  and also in smaller households that use only electricity for heating and hot water.  Electricity consumption figures of 6000 kwH per year would be possible for higher usage households.

The best switching deal for higher usage homes is with Energia through the Energia website.

You need to enter the promo code ELEC41 and this will get you 41% off their standard electricity rates for 12 months and €25 cashback. This will work out at €973 in the first year.

For medium-sized homes that probably use gas, oil or solid fuel to provide heating and hot water, an annual electricity usage of about 4200 Kwh a year would be typical. (This is the average national usage.)

Energia‘s deal will work out at €740 including the €25 cashback. You can only get this offer using promo code ELEC41 on the Energia Website

Newcomer BE Energy has a 28% discount offer which works out as the next best deal at €759 in year one .

Smaller households will use less electricity. Typical usage for a 1 or 2 person household that doesn’t use electricity for heating might be 3000kwh per year.

The next best deal for lower usage is another €200 cashback offer from SSE Airtricity which works out at €577 in year one.

In all cases – after the first 12 months , households should always look into switching again to obtain the best deal.

You should really think about switching your energy supplier every 12 months to take advantage of all these special offers – otherwise, most providers will just put you back on their standard rates after the first year.
It only takes a few minutes – and as we have shown it can easily save you in the region of €250 just on electricity bills over a year.