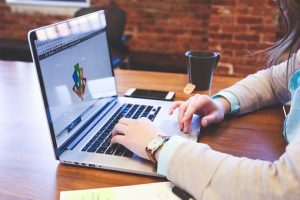 There are some big savings to be made by switching to a cheaper broadband and phone provider.

For example, someone currently paying the average charge of €708 a year could save around €349 during the first year by switching to the cheapest broadband deal.

*A 2018 survey of fixed broadband usage in Ireland by found that the average HOUSEHOLD spend on a landline and broadband bundle was €59 a month ( €708 a year).
In the same survey, Comreg also found that over 26% of households were spending more than €71 a month on mounts to

We compared the prices of several broadband and phone packages to help you find the Cheapest Broadband Deals in Ireland. (Actual speeds available will depend on your location.)

These are the cheapest

1. Vodafone has a broadband and phone bundle priced at €360 for the first It promises Importantly, this bundle includes I
first 6 months). It is a 12-month contract only available online . You can find more details and switch to this Vodafone bundle at Switcher.ie

4. Pure Telecom has a deal with anytime landline calls, unlimited broadband with speeds of up to 100Mbs. It costs €420 in year one. (Initially priced at €35 a month for the first 12 months then €50 a month).

5. Sky have a broadband and phone bundle (TV subscription not required)  – with speeds of up to 100mb. It comes with unlimited downloads and free off peak calls to Irish landlines and several international destinations. It costs €55 a month with the first 12 months at €35 per month. This works out at €430 in year one including equipment charges).

6. Eir – have a phone and broadband bundle working out at €479.76  in year one. The home broadband bundle comes with unlimited downloads and free anytime calls to Irish and UK landlines and Irish and UK mobiles. In addition, it includes free calls to landlines and mobiles in several countries including the USA, Australia and New Zealand.
The price is €69.98 a month , reduced to €39.98 for the first 12 months. This brings the total 1st-year cost to €479.76. On top of this,the bundle also includes Eir Sport and also 1 year of Amazon Prime Video.
You can see more details of this bundle and compare it to others from Eir HERE on Switcher

7. Sky have a broadband and phone bundle (TV subscription not required)  – with speeds of up to 100mb. It includes unlimited downloads aa well as free anytime calls to landlines in Ireland and several international destinations. Costing €62.50 a month with the first 12 months at €42.50 per month. This works out at €520 in year one including equipment charges.

8. Virgin Media  (only available in larger cities and towns )  have a broadband and phone bundle with . It also includes anytime calls to Irish landlines and Irish mobiles. Priced at €62 a monthhe come to contract).  Full Details and option to Sign Up Here

You can check the current broadband prices and availability in your area on the very useful Switcher.ie site

Another way to find good deals is to sign up with One Big Switch . They negotiate bulk deals with broadband providers every few months. After you join them, One Big Switch will email you with their latest offers from time to time.
Of course – we also advise you to check back here to ensure you are getting the cheapest deal that suits you.