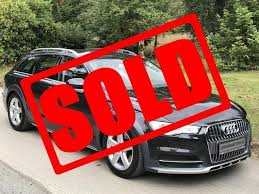 There can be some big savings to be made by buying a used car from Northern Ireland or Britain and importing it to Ireland.
In Ireland – many people are looking to change their car in January when the new registrations come out – but maybe they should consider importing a used car from the UK to save some money.

Buying a car in Northern Ireland, England, Wales or Scotland will usually end up costing a lot less for Irish residents – especially when the Sterling/ Euro exchange rate favours the Euro.

Buying a used car from the UK and bringing it back to Ireland can sometimes save buyers several thousand Euros – even after you factor in the expenses of travel, VRT etc.

Paying for a car in the UK in Sterling – what are the options?

Using Your Own Bank: This will nearly always work out as the most expensive option. If you just ask your own bank to do the currency conversion and send the money to the car dealer’s account   – you will not get the best exchange rate.
The majority of the major banks will typically make between a 2% and 4% margin on the exchange rates they use.
Getting a better deal on the EUR/GBP exchange rate could easily save you enough money to tax your imported car for a year.  For example on a £15,000 car purchase  – a difference of just 2% on the exchange rate would save you £300. (Probably enough to pay to bring the car on the ferry back to Ireland.)
Below – we have listed some of the best options for paying for a car when buying in the UK.

Best Way of Paying for a car bought in the UK

CurrencyFair. is an online currency exchange marketplace based in Dublinand fully regulated by the Central Bank of Ireland.
You can pay in your Euros to Currency Fair by a bank transfer (free) or with a debit card (for an extra 0.25% Then you can simply convert the Euros to Sterling online

based in County Kerry, Ireland and operates in 29 countries around the globe.   You can quickly request a quote online on the Fexco dedicated page for UK car imports. A Fexco broker will get in touch with you and once an exchange rate figure has been agreed – you just transfer the Euro amount to Fexco and, when requested by you, the seller will receive the Sterling into their account. (Same day if necessary) .
Fexco has been around since 1981 and is regulated by the Central Bank of Ireland, and by the Financial Conduct Authority for the conduct of payment business in the UK.

FairFx London based foreign exchange specialists – and they also have an office in Dublin. You can arrange international money transfers for UK car purchases with or over the telephone.  You will get the personal touch from your dedicated broker. FairFx deal with personal customers as well as businesses such as car dealers.  You can call FairFx on their Irish number 01  5665546 or on their UK number (0044) 207 8582001

TransferMate – is an Irish currency exchange company with plenty of experience in dealing with UK car purchases by Irish residents and also by Irish businesses such as car dealers.
Once you have set up an account with Transfermate you can just contact them to confirm the amount in sterling you have to pay and who to pay it to.
Transfermate will give you a rate and tell you how much you will need to pay in Euros. Once you transfer your Euros to their client account in Ireland the car dealer in the UK can be sent the Sterling on the same day – usually in a couple of hours. You can also reserve an exchange rate for a small refundable deposit and do the transfer when you are ready to buy.

TransferWise is a UK based global business specialising in online international payments. Transferwise uses the mid-market exchange rate and has low upfront fees. As well as sending and receiving money overseas you can hold and convert money in a borderless account. TransferWise is authorised by the UK Financial Conduct Authority under the Electronic Money Regulations .

When is the best time to buy a UK used car ?

Car dealers are often open to negotiation when it comes to price, but they can be more open to reducing prices at certain times of the year.

In the UK, vehicle registration plates change twice a year, in March and in September.
So towards the end of those 2 months, UK dealers can find themselves with a lot of used cars that they need to shift because that’s when lots of people tend to part exchange their old cars for new ones. The end of February and August can also be a good time to get a good price because that is when the dealers will need to make room for the new cars.

Be aware – a no-deal Brexit might result in VAT being charged on used car imports to Ireland  – which would increase prices by 23%. Customs duty may also apply  (around 10%).
Brexit looks like it has been delayed until the end of 2020- but if you are thinking of buying a used car in the UK – you might want to do it sooner rather than later.
Even if there is a Brexit deal – there could still be VAT and customs duty on UK car imports.

What are some other payment options when buying a car in the UK?

Paying with a Debit Card –  There are daily spending limits on almost all Irish debit cards  – (not Bunq or BOI)  so this method may not be a viable option for most UK car purchases. Also, some sellers will have limits on how much they will accept by debit card.

There will usually be a small “non-euro” transaction charge from the “old school” banks for using a debit card to buy in Sterling – but it won’t be more than €11.43 whatever you spend.
The exchange rate used will be the Visa or Mastercard Rate

Bunq Travel Card : * This is a prepaid Mastercard with no daily spending limits. (It is treated as a credit card by point of sale terminals.) Bunq charge any foreign transaction fees and use the Mastercard exchange rate.
Visit Bunq Read more about the Bunq Travel Card here.

N26 :– If you get a debit card from the new online bank N26 –  they won’t apply any extra charges when you make purchases in non-Euro currencies. They use the Mastercard exchange rate – which is usually about 0.25% over the interbank rate.
N26 is an “online-only” bank, based in Germany and licensed by the European Central Bank
You can find out more and sign up here for an N26 Bank Account.

Bank Draft –   not really a viable option. This involves getting your Irish bank to convert your Euros to Sterling and write a banker’s draft in Sterling payable to the car seller. Many UK dealers won’t take bank drafts because of forgery problems. Also – the exchange rate you get from your bank is likely to be a lot worse than the other options listed above and there are usually extra fees.

Cash:  Paying in cash is not really a viable option either. On larger value purchases most reputable car dealers won’t take cash. Even if they do – you definitely won’t get the best exchange rate on cash and there’s also the worry of theft or loss of the cash.

Credit Card – using your Irish credit card to pay for a car in Sterling (assuming your credit limit is big enough) is not really a good option. The exchange rate might be OK – but the credit card company will charge you between 1.75% and 2.65% on a foreign currency transaction. Based on an average of 2% – this would mean a charge of about €500 on a £20,000 purchase.  More here about Credit Card Fees When Buying Overseas

Other Costs to Consider when importing a car from the UK to Ireland.

VAT:  For VAT purposes – cars are considered not to be second hand if less than 6 months have passed since the date of first registration or it has mileage of less than 6000 km.
Second-Hand Cars are usually sold by dealers inclusive of UK VAT.  The sale is not liable to VAT if the seller is a private person.
Second-hand cars sold by a UK dealer to a dealer in Ireland  can qualify for zero VAT if

Buyers in Ireland currently don’t have to pay Irish VAT  on a second hand imported car from the UK. (Things could change after Brexit though)

New cars exported from the UK to Ireland cars are currently sold without UK VAT. But Irish VAT is due on it when you import it.
A car is considered new if no more than 6 months have passed since the date on which it was first registered or if its mileage does not exceed 6000 km.

Vehicle Registration Tax :- Before you purchase any vehicle in the UK, ensure that you use the  Revenue VRT Calculator in order to find the potential VRT charges that you will have to pay here when registering the vehicle here.
The VRT  due on passenger vehicles (cars)   is based on a percentage of the car’s ” Open Market Selling Price” (OMSP) as determined by the Revenue Commissioners.  This percentage varies, depending on the car’s CO2 emissions.  (VRT Rates Here)   Lower emissions mean lower VRT. The lowest rate is 14% – rising to 34% for high CO2 emissions.

VRT Category B includes commercial vehicles, designed and constructed for the carriage of goods and not exceeding 3.5 tonnes. These vehicles are European category N1 and generally have three seats or less. VRT Category B also includes motor caravans. 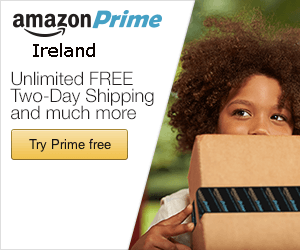