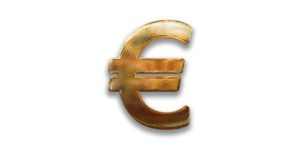 The idea of substituting the TV Licence fee in Ireland with a  “broadcasting charge” for every household was first suggested back in 2012. There was more talk about further investigations in 2013.

Currently, we have the Television Licence Fee –  (€160 a year ) which is payable by any household with a television.  This fee hasn’t changed since 2008. The money from this goes mainly towards RTE and Tg4. This current funding method is probably not fit for purpose in today’s society where television sets are no longer the only method of media content viewing. It is estimated that about 25% of homes are now not paying the TV licence.

In December (2017)  the “Joint Committee on the Future Funding of Public Service Broadcasting” produced a report with some recommendations on the way forward with a Public Broadcasting Charge.
These were the main recommendations:

In July 2018, the Government established a cross-departmental Working Group on the Future Funding of Public Service Broadcasting to examine options for the collection of the TV licence fee or its replacement,  The Group reported to the Minister for Communications, Climate Action and Environment in April 2019.

The Recommendations of the report were:

1. That the TV licence is put out to public tender on a fixed-term contract of 5 years in order to make it feasible for the successful tender to invest in database and collection improvements;

2. That at the end of the contract period, the licence fee should be replaced by a device-independent charge.

August 2019 – it was announced that new legislation will finally go through the Dail to bring about the changes to the TV licence fee in line with these recommendations.  It is expected to be in place by the end of 2019 – with the “device-independent broadcasting charge” to follow in five years.
The current provision of free TV licences to those in receipt of the Household Benefits Package will continue.

The option of purchasing TV licences at post offices will remain regardless of who the successful awardee of the contract is.

Some people are referring to this proposed charge as being similar to another “Household Charge” – which was the €200 a year forerunner to the Property Tax.